5 Ways to Distract Your Child… and Build Language!

Is it just me who finds myself frequently in need of finding a way to distract a toddler or pre-schooler? I’m sure I’m not alone in this. You know those times, right? For me it looks like:

You get the idea, right?

Well, I’ve found a few ‘tricks’ that have worked for my 4 year old and 2 year old in all of these times, so far (almost) without fail. I mean, these tricks literally distract them from fussing and grumpiness and capture their attention beautifully.

So, what are these magical tricks? Here are my top five. 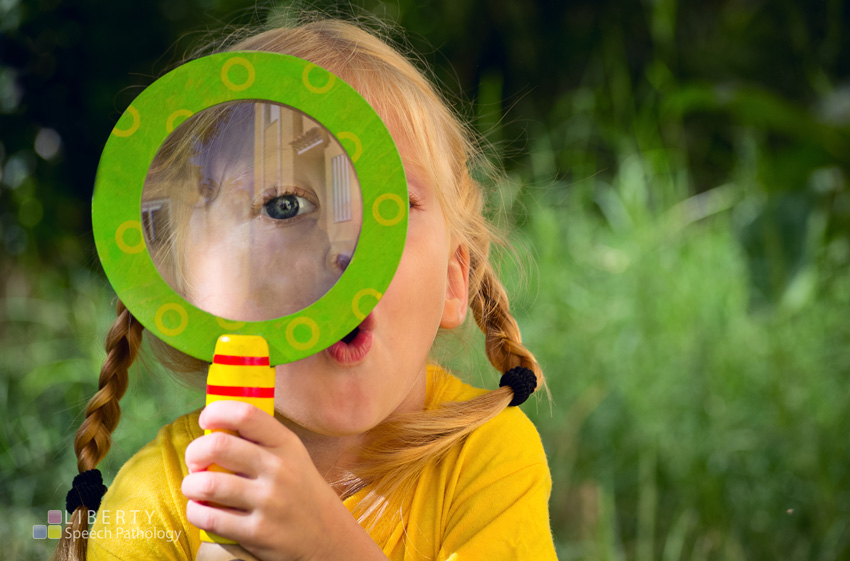 This is my newest and most effective game. It started in desperate mummy mode one car trip, when my kids thought that competing to see who could say “raaaa” the loudest was a great idea. I needed something to calm them down, so I said very loudly: “Who knows what this is? It’s an animal that lives on a farm. It gives us milk and has two horns.” My 4 year old was instantly engaged and stopped yelling (and my 2 year old always follows her brother’s lead, so she stopped and listened as well). He answered excitedly “Cow!” and then waited eagerly for another. I gave him a few more and he loved it. I thought this was a great preschool kind of activity, but I was most surprised by my then 23 month old who decided to join in the fun. I gave the clues: “This is an animal that lives on the farm. It’s very wooly and…” “SHEEP!” exclaimed my little girl. I was totally floored! And there it was, a trick that I could keep up my sleeve for every time I need to distract or calm down my kids. I’ve been using this for about 6 weeks and it hasn’t failed me yet. I make the clues a bit easier for my 2 year old and a bit harder for my 4 year old. I’ve had to extend the categories beyond animals to include characters (that’s always fun, especially where superheroes are involved), places, household items, food, friends, etc.

The beauty of this game is that it not only calms down a worked up child, but it is FANTASTIC for language skills. It targets vocabulary, reasoning and inference skills. What a winner!

This one began when my little boy was 3. He wanted to play ‘schools’ one day, out of the blue and asked me to be the teacher. I did a few little adding up tasks with fingers, and then thought I might as well try some pre-literacy tasks with him. We tried a few different activities and he loved it so much that it became a regular car game:

Speech pathologists call this skill ‘phonological awareness’. It’s a skill that is vital to being able to learn to read later on. What a fun way to build literacy foundations!

This one is an oldie but a goodie. We sing simple nursery rhymes and familiar songs.

Songs are such a great way to engage little ones and also teach new words. Kids respond so well to music and probably know far more words to songs than we realise. Stopping and giving them time to fill in the blank is a great way for them to practise using words and helps build vocabulary skills.

We love to make up stories. We start off with a character and a place and then let the kids add their own bits in. Sometimes, this is saying “What happens next?”. To make it simpler, we make it a fill in the blank, eg “Then the monkey saw a….”. It’s lots of fun and can turn absolutely hilarious!

Reading and looking at books together is so important, but there is also something really special about making up stories together. It shows kids the power of imagination and opens up a world of possibilities. It’s also great for building on language skills, sentence structure, vocabulary, sequencing and grammar.

This is a classic go-to distractor. I loved this one as a kid! “I spy with my little eye, something that starts with…”. You can adapt this for different ages:

So, there you have it! These are my favourite tools to keep little ones occupied. It’s a win for everyone, really. The kids are engaged and having fun with Mummy. We create some lovely memories… and we are building language and literacy skills!

I hope you can give some of these a go and have the same success that we have had. With Baby #3 due next month, I’m expecting to rely on these a whole lot! Have fun!